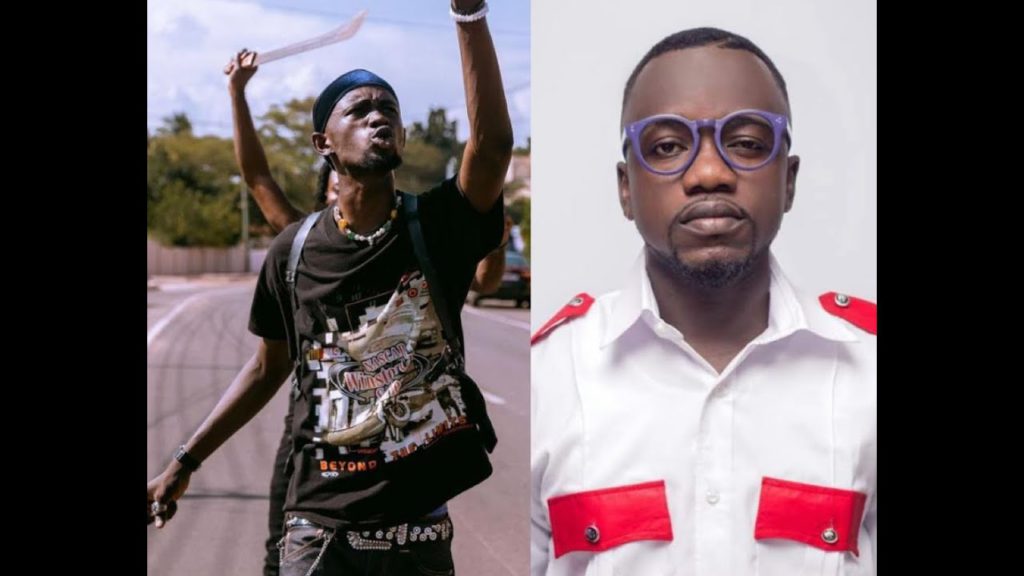 In an interview on Daybreak Hitz on Hitz FM on Friday, July 23, 2021, the rapper, whose real name is Mohammed Ismail Sherif Kwaku Frimpong, explained how he journeyed to Accra prior to him appearing on Adom FM.

The First Sermon hitmaker, who hails from Konongo ‘Zongo’, said comedian Ajeezay saw the talent in him after his previous songs became instant hits in his hometown.

He added that, Ajeezay posted some of his videos on his Instagram page that caught the attention of rapper Yaa Pono (Ponobiom), who urged Ajeezay to invite him to Accra from Konongo in the Ashanti Region.

Talking about his life history, Black Sherif said he started doing music when he was enrolled at Kumasi Academy Senior High School.

He added that his father left Ghana a long time ago and when he was in Class 5 in primary school, his mum also followed up, hence he had to live with some of his family members.

When Andy Dosty said it is apt for him to remember people who help him since others rarely recall, Black Sherif replied: No matter how small the help was, it puts you somewhere so you have to remember those who helped you up the ladder. They gave you hope regardless.

The young musician, however, urged Ghanaians to expect his song with Yaa Pono soon as his Second Sermon continues to make waves.

Black Sherif is currently topping the charts on Apple Music Top 100 songs in Ghana with his Second Sermon song. His First Sermon is also clocked at number three.

Check out the music videos for his two trending songs below: