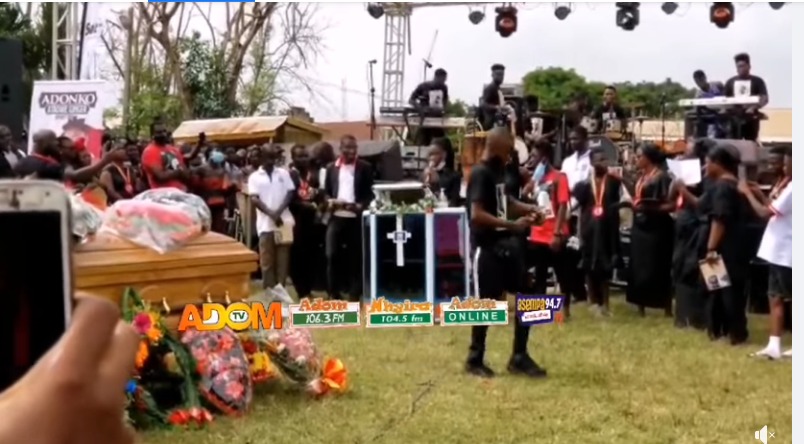 Seven children of the late Kofi B brought the entire sympathisers to tears at their father’s final funeral rite held on Saturday, November 7.

“Our life and future depend on God almighty,” was a line in the touching tribute the eldest daughter read.

The remaining relations expressed how their hearts were broken following the sudden demise of their “counselor, friend, doctor and role model”

They called upon their father, whose coffin was stationed in the middle of the Agogo Presby Park, but no reply was heard.

After the touching tribute, they requested one of Kofi B’s popular song ‘Fre Me Daddy.’