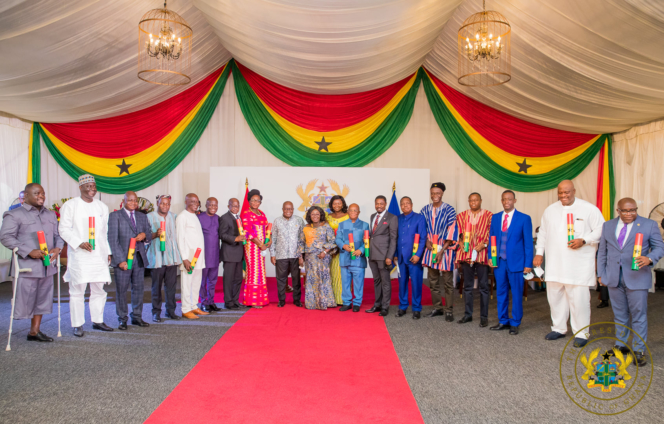 President Nana Akufo-Addo has sworn in 16 Regional Ministers approved by Parliament after the vetting process.

The event took place at the Jubilee House on Thursday, March 11, 2021, in strict adherence to the covid-19 safety protocols.

The President, speaking at the ceremony, tasked the ministers to be careful and tactful in the management of intelligence and security in their respective regions.

According to him, ensuring peace, law and order should be their main priority as well as serve the interest of the people.

He further reiterated that he has no intention of appointing deputy regional ministers and therefore urged them to liaise with Metropolitan, Municipal and District Chief Executives, chiefs and other key stakeholders for smooth administration of the regions.

The Volta Regional Minister, Dr Archibald Yao Letsa, who spoke on behalf of his colleagues, pledged they will work with the seriousness, dedication, commitment and loyalty it deserves.

He also pledged that they will promote the government’s developmental agenda in the regions.

This brings to 45 the total of ministers so far sworn in by the President.