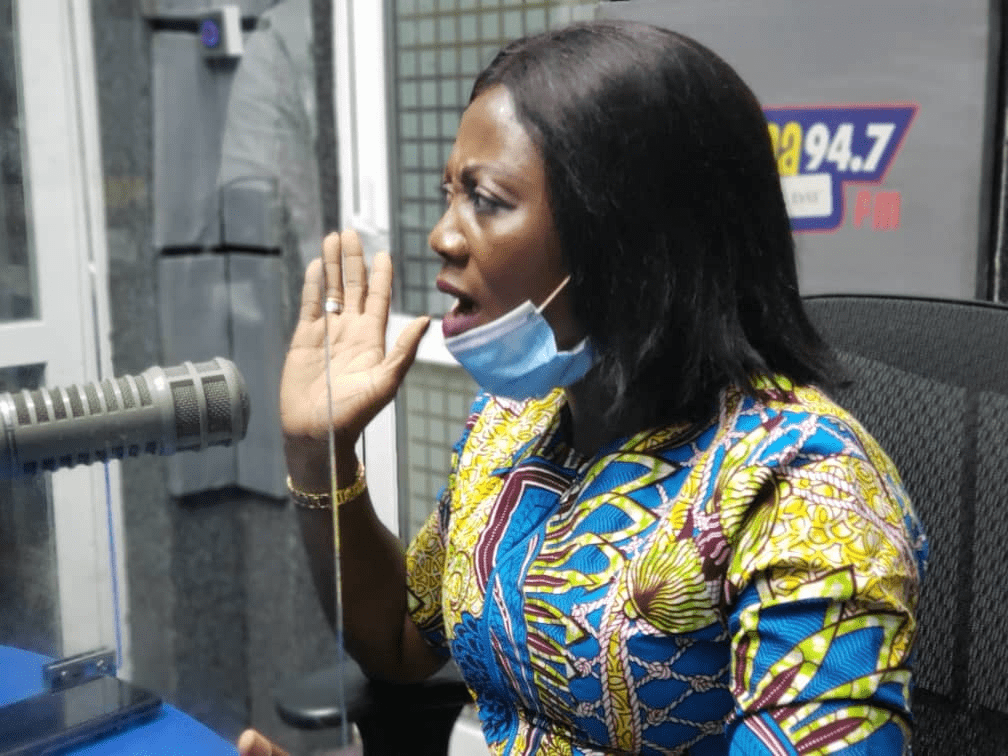 New Patriotic Party (NPP) Member of Parliament for Akwatia constituency, popularly known as Ama Sey, was conspicuously missing in the constituency during President Nana Akufu-Addo’s campaign tour of the area.

Her victory over Mr Jamal and subsequent entry into Parliament stoke debate in Ghana.

People made mockery of Mr Jamal that he lost the election to a hairdresser.

Fast forward, she lost the NPP parliamentary primary narrowly to one Ernest Kumi.

She felt shortchanged at the primaries and received calls from her numerous supporters to contest as independent parliamentary candidate in the 2020 general election.

NPP gurus have since initiated moves to talk to her to rescind her decision.

However, Ama Sey was not seen during President Akufu-Addo’s campaign tour of the Akwatia constituency last Sunday.

Her absence left many thinking that rumours of her independent candidature is true.

Meanwhile, addressing the chiefs and people of Akwatia as part of his campaign tour to the Eastern Region, President Akufu-Addo debunked claims that Ama Sey will contest as an independent candidate.

He expressed worry over the absence of Ama Sey at the durbar but insisted that, he doubts if Ama Sey would contest as an independent candidate.

President Akufo-Addo assured the people of Akwatia that they will continue to benefit from government’s development projects.

Responding to the nature of Akwatia roads, President Akufo-Addo praised Minister of Roads and Highways, Amoako Atta, for his sterling performance in the road sector.

According to him, the Minister is the best performing Minister of Roads Ghana has ever produced since independence.