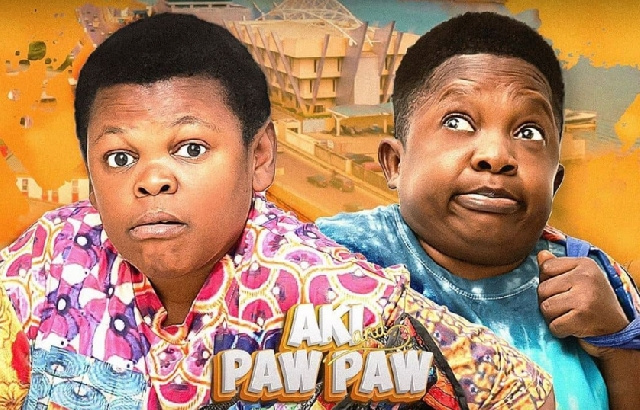 Actors Chinedu Ikedieze and Osita Iheme, professionally known together as Aki and Paw Paw, have made their Netflix debut with a new movie.

Announcing this with a YouTube trailer on Friday, 30 September 2022, Netflix said: “The hilarious Aki and Paw Paw are back. This time, they’re on a mission to get fame and fortune by any means necessary.”

Titled ‘Aki and Paw Paw’, the two-hour movie is, according to the makers, the sequel of the 2003 comic classic titled ‘Aki and Ukwa’, which brought the screen twins international fame beyond their native Nigeria.

Written by Ozioma Ogbaji and Stephen Oluboyo, ‘Aki and Paw Paw’ was directed by Biodun Stephen and released in the year 2021.