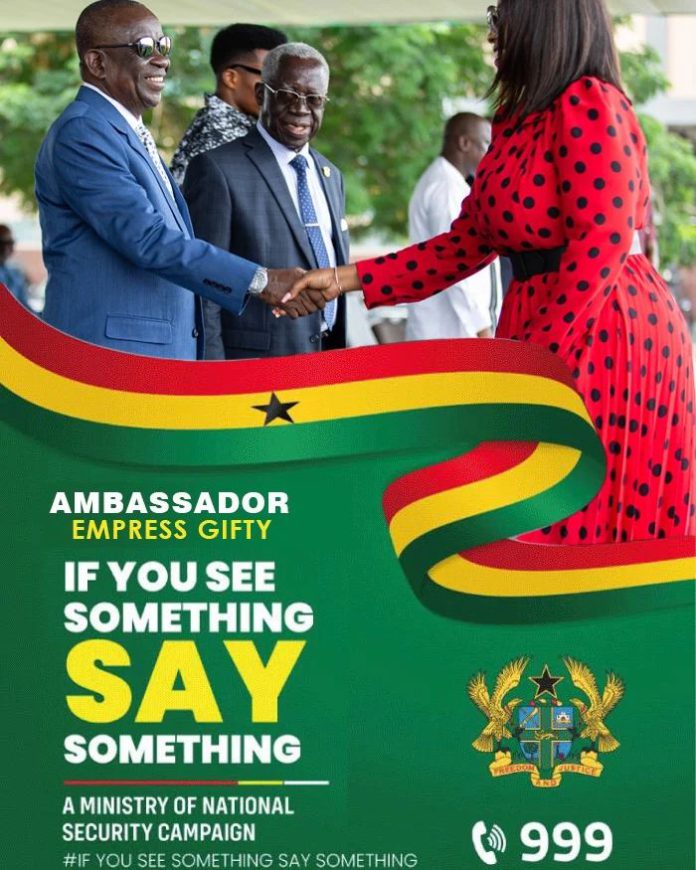 The National Security Ministry has appointed gospel musician, Empress Gifty as an ambassador for Ghana’s anti-terrorism awareness campaign dubbed “see something, say something.”

The musician took to her Instagram page to share the good news with her fans and followers.

Gifty wrote: I am honoured to be selected as one of the Ambassadors to champion of terrorism awareness campaign in Ghana. See something say something is every Ghanaian responsibility to safeguard the security of your community. Call 999.

The aim of this campaign is to get citizens highly alert and report suspicious characters in the wake of terror alert by security analysts.

It is part of the operational strategy and collaborative efforts between security agencies and the citizens to safeguard the borders of the country.

A toll-free number, 999 has been launched for the purpose of the campaign for citizens to report suspected cases of terrorism.