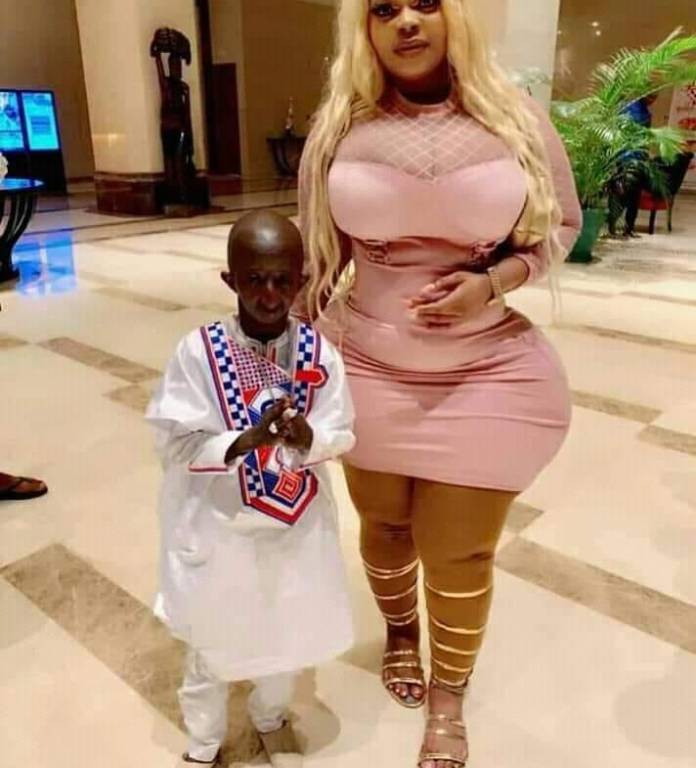 The flamboyant singer was spotted with his alleged new lover goofing around and they both looked happy.

The Guinea singer and Eudoxie had an on-and-off relationship.

They broke up in July 2021, with Eudoxie announcing she is dumping the singer over alleged infidelity.

The couple later reconciled and Grand P proposed to her on live TV but it seems they have parted ways again.