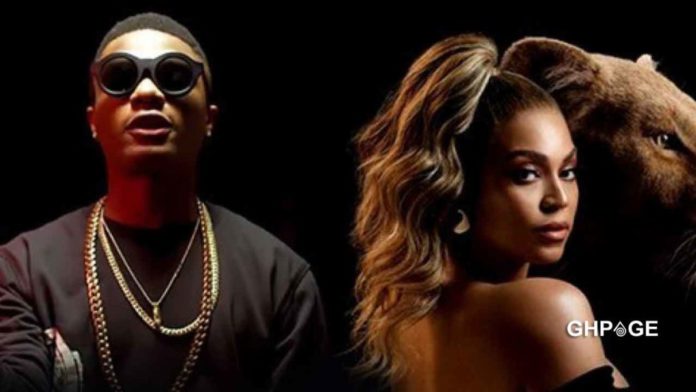 Wizkid has revealed on social media that his musical collaboration with award-winning American Singer, Beyoncè earned him a $100million.

Wizkid got featured in ‘Brown Skin Girl’ song, a song which is also part of the ‘Lion King’ album and the Black Is King Film.

The Nigerian Afrobeats musician took to twiiter to announce how much he was paid but he subtly tweaked his Tweet.

At first thought it suggests it’s rather Disney that owes him $100million but at a second critical look, he means the that he was paid that amount.

Already netizens are calculating the money Shatta Wale could get from his collaboration with Beyoncè after Wizkid disclosed his. Some say it may over a $100m.