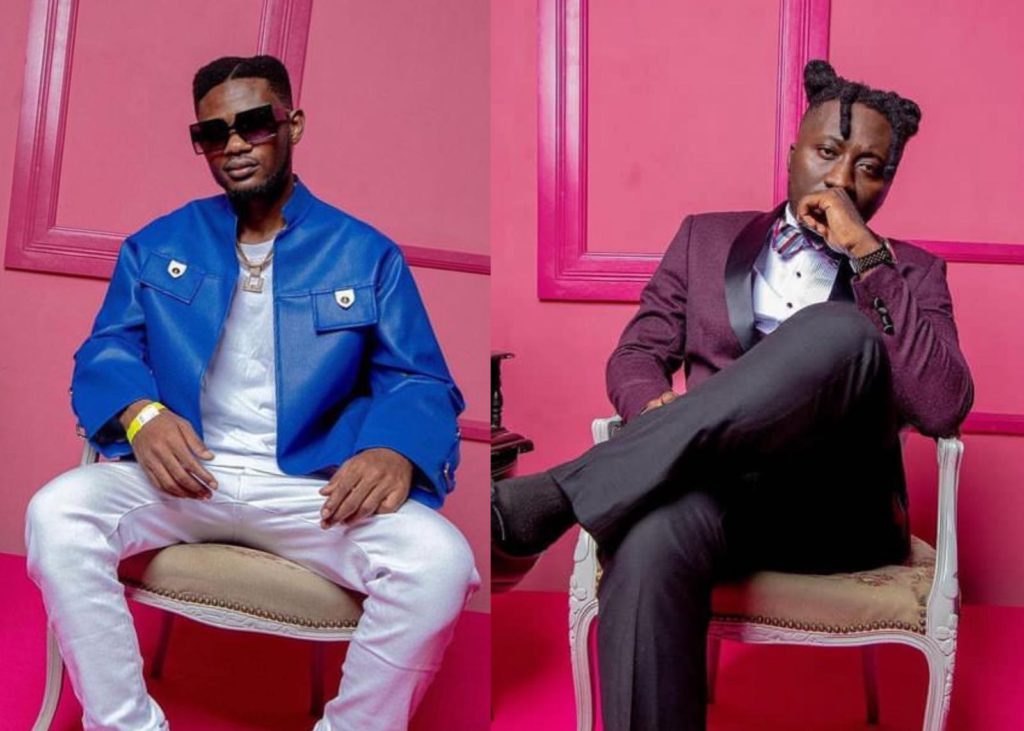 Rappers Lyrical Joe and Amerado have been trading diss songs in the past days but today has been a back-to-back culture.

The two have been dropping songs in the past few days, although their rap feud dates back.

Interestingly, Lyrical Joe and Amerado were both up-and-coming rappers when Sarkodie featured them and the other eight rappers in the Biibi Ba song that took over the airwaves.

Meanwhile, Lyrical Joe and Amerado’s beef all started from Eno Barony’s The Finish Line song, which featured Amerado. The rapper jabbed Lyrical Joe on the track, claiming to be bossier in the rap sphere than him.

Prior to this, Lyrical Joe had been awarded the Best Rap Performance at the Vodafone Ghana Music Awards (VGMA) 2022, an award that some disappointed fans expected Amerado to win since he had also picked up the same award at the 2022 3Music Awards and was looking forward to winning it at the VGMAs. But that never happened.

This has resulted in both rappers throwing shots at each other over who is the best. Meanwhile, it was Amerado who first sent heavy punches to Lyrical Joe, Strongman, Sarkodie et al on The Finish Line song.

The jab didn’t sit well with Lyrical Joe, who quickly returned with a freestyle to balance the atmosphere. In the damning freestyle, which featured Kwadwo Sheldon, Lyrical Joe dragged Amerado’s self-sense of superiority and rubbished his craft.

Right after Lyrical Joe’s freestyle, Amerado never replied to him. Fans thought they had smoked the peace pipe until the latter dropped ‘Kyibom’ aka Free Hype against Lyrical Joe.

In the song, Amerado said he didn’t want to reply Lyrical Joe at the time because he had many endorsement deals that could go south with regards to his choice of words in diss songs. But he snubbed the rule to face Lyrical Joe on Aug 5, 2022, the exact date that Lyrical Joe annually drops his signature ‘August’ freestyles.

This was the first song that had Amerado dropping the shots directly on Lyrical Joe’s head. According to Amerado, he hardly wants to battle Lyrical Joe because “You don’t add up to the numbers game.”

The beef got much more interesting when Amerado in a matter of hours responded to Lyrical Joe’s ‘Baboon’ song with ‘Ponky Joe,’ a diss song that had artwork depicting Lyrical Joe’s signature look. Amerado made actual fun of it.

Meanwhile, to prove he is the best, Lyrical Joe has also dropped Mute in the same matter of hours, to signify his rap prowess in the game. There is no mercy judging from the lyrics both rappers are spewing out on the tune.

Meanwhile, Amerado again replied to Lyrical Joe as far as numbers in the ‘beef chronology‘ matter on a song he titled ‘Sin No More.’

Social media, meanwhile, has been divided over who is winning in the ongoing rap battle, which has reignited the flame in the music industry, particularly among rap music lovers.

Check out some reactions on social media: