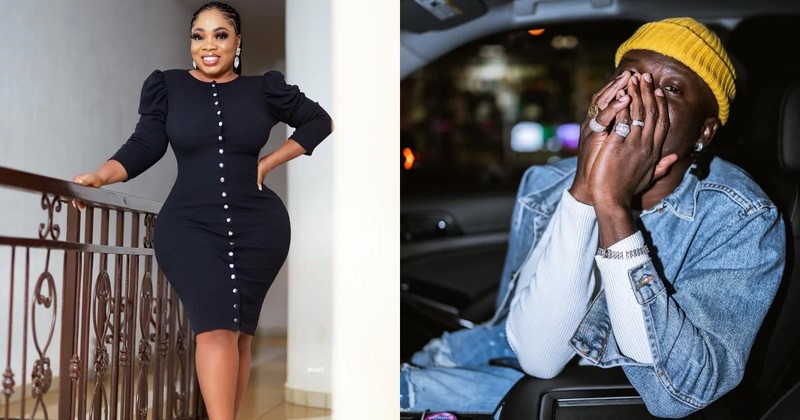 Stonebwoy’s latest song ‘Puutu’ is doing wonders on the streets of the country and also trending on social media.

Many top Ghanaian celebrities have been jamming to the trending song.

Now, the curvaceous actress has joined the ‘Puutu’ craze by releasing videos in which she is seen jamming to the song.

In the video, she is captured in her bedroom looking beautiful.

From the video, the actress was heard mimicking Stonebwoy while the song was being played in the background.

Her caption of the video read: “National anthem fav tune.”

The video caught the attention of Stonebwoy and he reacted. “Giving dem.”

In the other video, she was seen in a red hot dress at a beautiful place twerking hard and declaring her love for the song.

Social media users also reacted to the video and took to the comment section to make their views known.