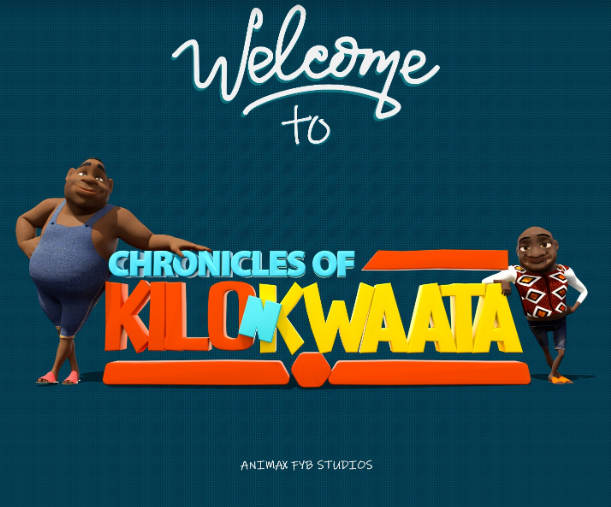 It is exciting to know that, the animation industry, which has not received attention since the 1940s when Ghana had a thriving film industry, now has a huge nest of talented animators, with the potential of putting Ghana on the map and bringing in some good returns on investment.

Today, the animation industry is one of the fastest-growing industries worth in excess of $220 billion.

The AnimaxFYB Studios, Ghana’s biggest animation hub, since 2014, has endeavored to harness this green space of animation in Ghana and Africa, developing a multifaceted short and long-term blueprint to build a robust animation industry in Ghana that generate jobs and significant revenue for the country.

As part of their mission to tell authentic African stories through animation, the AnimaxFYB Studios, is set to release its latest animation project dubbed, “Chronicles of Kilo & Kwaata,” on Saturday, August 15, 2020.

Chronicles of Kilo & Kwaata is an animated comedy skit series that displays the exploits of two
friends, Kilo and Kwaata. Set in a fictional small town called ‘Oil City’ (inspired by the twin cities of the Western Region of Ghana), the show fuses classic silent film style with mostly non-dialogue animation with a lot of dramatic gags and symphonies.

According to Francis Y. Brown, the CEO of the AnimaxFYB Studios, “the animated series is two
minutes per episode with 12 episodes planned for the first season.”

This project by the AnimaxFYB Studios is exciting news for our film industry because, it bridges a gap in the production of diversified local Ghanaian content, which has been and still is, the cry of many Ghanaians and Africans.

‘Chronicles of Kilo & Kwaata’ show will premier this Saturday on YouTube and Instagram at 4pm. Don’t miss the fun and excitement, follow “AnimaxFYB Studios” on these social media platforms and be a part of the fun.

It is time to support and celebrate our own innovation and creativity. No one will praise us until we praise ourselves, no one will tell our stories until we tell them ourselves. Kudos to the AnimaxFYB team for this great initiative!

AnimaxFYB Studios is an award-winning studio, recognized for its quality and exceptional works in 2D and 3D animation, concept development, visual effects design and post-production services.