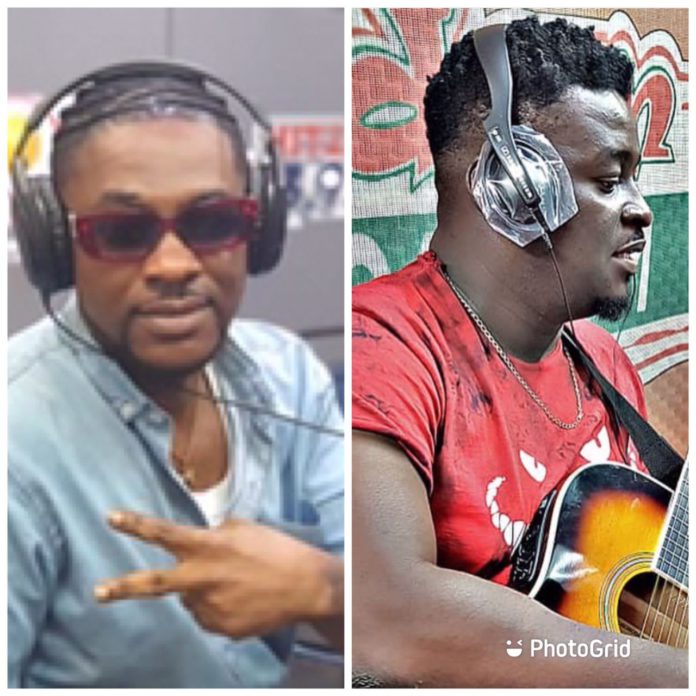 According to him, the song is absurd and shouldn’t have been considered by the singer.

“To me, that song he did has no sense in it because God made sex to be a private thing and should not be made public,” he said.

“So when you’re doing a song, instigating others, to me, it was a low blow,” he added.

Quarmi Zaggy, expressing his disappointment, noted that “someone I respect a lot to have come out with such a song isn’t a good one for me”.

He went on to say that he wouldn’t have had issues if Kumi Guitar had just mentioned names but to emphasize on his name in the song didn’t go well with him.

“If he just mentioned names and said we are not virgins, it would have been a bit okay but for him to mention my name and say more about me is like, it’s a deliberate thing to pull me down,” he indicated.

He said this on #DaybreakHitz on Hitz FM.

Quarme Zaggy is the mastermind of the songs Eshe Wo Bo, Just The Two Of Us, Galamsey, Araba, and Totofiifii.