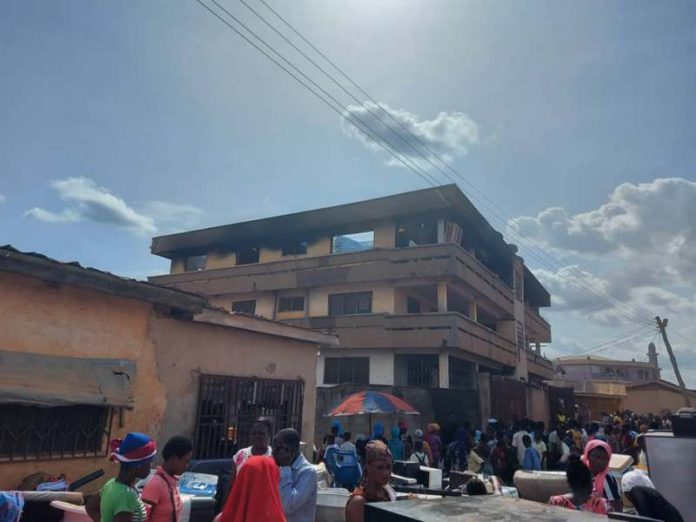 A 10-bedroom rented apartment housing some police officers at Dagomba-Line has been razed down by fire.

The last floor of that 3-storey building has been burnt completely, rendering occupants homeless.

Though the cause of the fire is not yet known, some occupants suspect power fluctuation may have triggered the fire.

The immediate response of personnel of the Fire Service and efforts of residents  prevented the fire from spreading to other parts of the building.

A victim, who gave her name only as Cynthia told Nhyira News victims have lost everything to the fire.

The fire occurred at the time the majority of police officers had left for work.

A few who were at home looked dejected and stranded as they began to count their loss.

Meanwhile, the fire provided a field day for thieves and intruders who looted other floors that were not affected by the fire.

Laptops, undisclosed amounts of money and other valuables were said to have been stolen by  the unscrupulous persons who  pretended to help douse the fire.

Personnel of the Fire Service  at the scene say investigations have commenced into the fire.