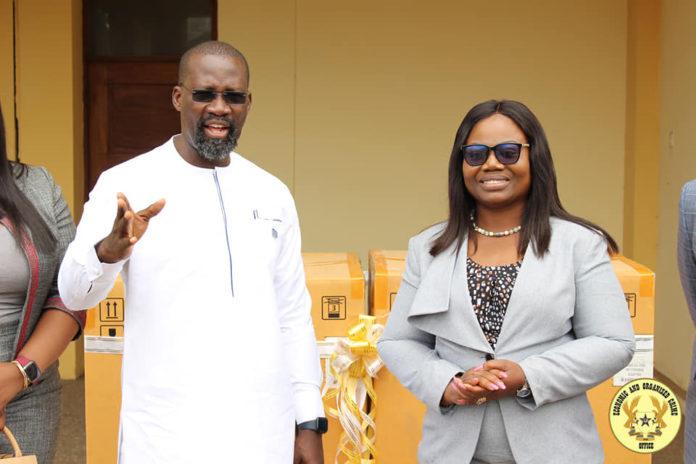 The Bulk Oil Storage and Transportation Company Limited (BOST) has recovered about GH₵ 3.5M with support from the Economic and Organised Crime Office (EOCO).

The Managing Director, Edwin Provencal, who revealed this noted it was after about a month they informed EOCO about their issues.

Presenting two photocopy machines and accessories to EOCO on August 3, he touted the outfit has for some time now been a development partner.

“EOCO has been our development partner for a while. We escalated our issues to them and within a month they had recovered about GH₵ 3,500,000; which is 5% of taxes and levies that were due BOST popularly known as the BOST margin,” he lauded.

Executive Director of EOCO, COP Maame Yaa Tiwaa Addo-Danquah, on her part, noted that in the wake of disclosures at the courts, the photocopiers are very relevant to investigations and other activities.

She expressed her heartfelt gratitude for the gesture and encouraged other institutions to see EOCO as a partner in recovering the necessary revenue to develop the country.