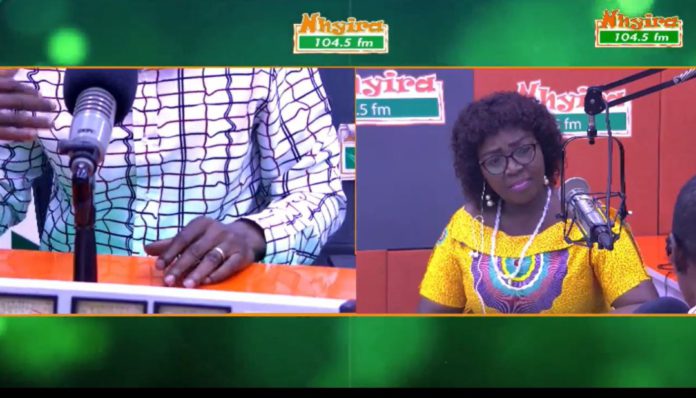 After an end to a 12-year sexual relationship, a 30-year-old lady says she has not been attractive to any other man, because of a curse by her ex-fiancé.

Victoria Serwaa Bonsu accuses 52-year-old John Odoom of casting a spell on her on suspicion of cheating.

The partners appeared on the Obra Show on Nhyira FM to resolve their matter.

Victoria, a mother of two, had one child before her relationship with John, with whom she bore the second child.

According to her, John owed her an amount of GHc1,400, claiming to have supported him in the upkeep of his cashew farm since he lost his first wife.

Victoria is, however, much perturbed by a curse by Mr Odoom which makes her unattractive to other men.

She says her ex-fiancé used her panties for ‘juju’ which has led to her inability to have affairs with other men, aside Odoom.

In their studio encounter, Odoom confirmed the allegations levelled against him for using the lady’s panties to charm her.

“I took Victoria’s panties to juju in order to prevent her from seeing any man except me, because with 12 years of our relationship Victoria has been cheating on me on countless occasions, that is why I didn’t marry her when I lost my first wife,” Odoom confessed.

Victoria also could not deny the allegations of her cheating on Odoom.

She justified the nature of her work tempted her into the act.

With the assistance of a traditionalist, Okomfo Yaa Bee, the alleged curses and enchantment have been reversed after the two went through spiritual purification at the shrine.