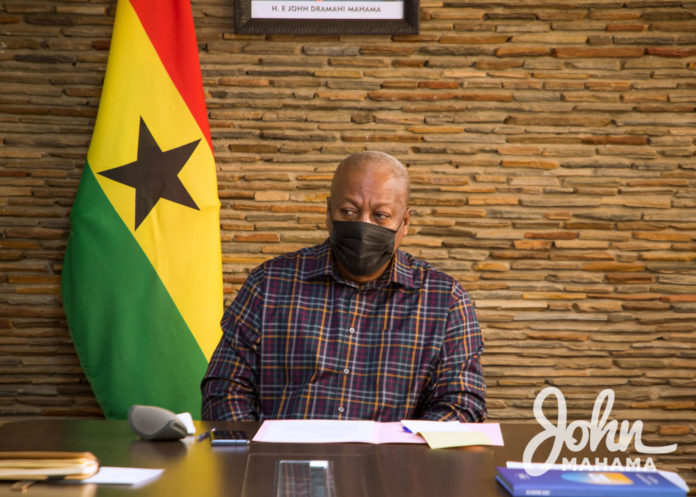 The Bono Regional Chairman of the New Patriotic Party (NPP), Kwame Baffoe aka Abronye DC has urged the National Democratic Congress (NDC) to present former President John Dramani Mahama as its candidate for the 2024 election.

Abronye DC said he was ready to campaign for him although he is of the strong conviction that the NDC will lose the election with Mahama as the leader.

“We want Mahama to lead the NDC in 2024. He is the one I will campaign for so they should allow him to lead and I know with him as the leader, NDC will not go anywhere,” he told Kwesi Asempa on Adom FM’s morning show Dwaso Nsem Wednesday.

Mr John Mahama has officially expressed interest in leading the NDC ahead of the 2024 general election.

The decision, he said, would be based on the party allowing him to contest for the flagbearer ship position, going into the elections.