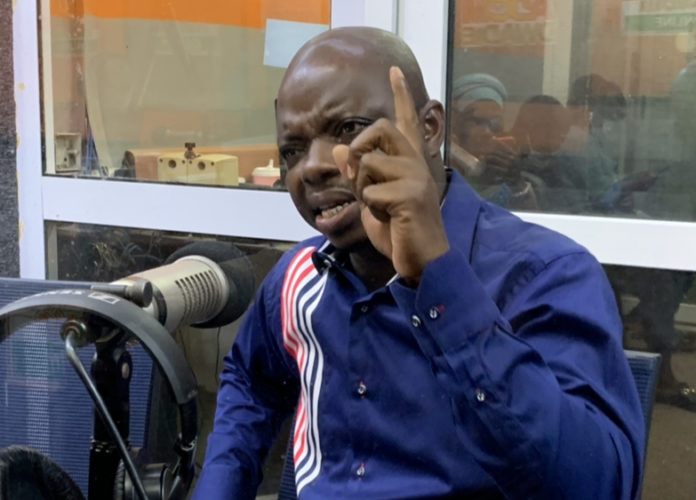 The Bono Regional New Patriotic Party (NPP) Chairman, Kwame Baffoe, also known as Abronye, says he has no interest in any parliamentary seat.

According to him, there have been numerous calls from party faithful for him to contest the parliamentary primary but he has declined all.

Notably among these seats he disclosed are the Dome-Kwabenya and Sunyani West.

Abronye disclosed this on Adm FM’s Dwaso Nsem when asked about his political future.

“Five people approached me on Tuesday on the Dome seat but I declined and for the Sunyani West, almost every day people come to me but I am not interested as of now,” he said.

He noted he always seeks direction from God at every step of his political career journey and believes when the time is right, God will show him the path to take.

Listen to the audio below: