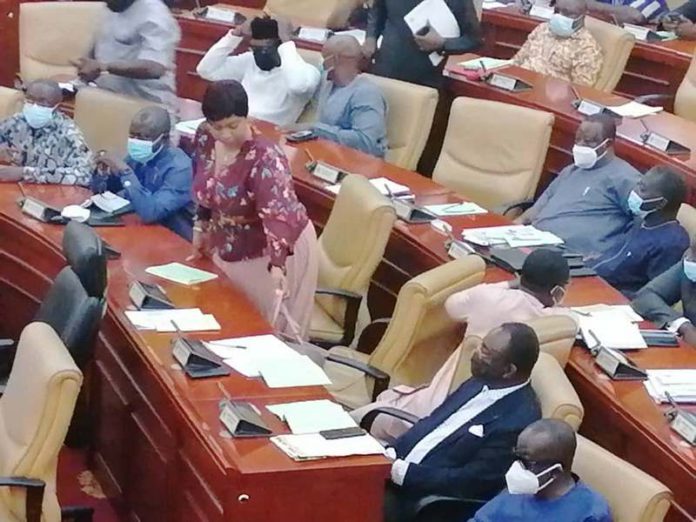 The Member of Parliament for Dome-Kwabenya, Sarah Adwoa Safo says she did not respond to the numerous allegations and attacks over her absence from Parliament because she believes silence is golden.

This follows months of backlash from party supporters and some colleague MPs over the refusal of the MP to attend Parliamentary proceedings.

Speaking in an exclusive interview on The Pulse on Thursday, the Legislator said it would have also been impossible to explain her predicament to Ghanaians.

“When people throw in stuff at you that are not true and you respond immediately, you don’t make sense to the people. That is why I have kept quiet all these months, listening to what everybody has to say.

“But what I know and what I am telling the people of Ghana is that I have issues with family that I had to take care of and that is exactly why I had to stay back,” she noted.

In February, 2022, some people, including NPP MPs accused Adwoa Safo of blackmailing the government.

Adwoa Safo told host, Blessed Sogah, that her appearance in Parliament in December 2021, despite having family issues, shows her commitment to the party and the President.

“That is so, so untrue and I forgive anybody who goes out there to insult me because of hearsay and third party.”

“I am still committed to the party, the government and His Excellency the President and his family. I have a record of the 2012 election petition from Dome-Kwabenya and that is what landed all of us in power today.”

“I will be the last person to put that fight, that courage and that record that I have fought for into disrepute at this time.”