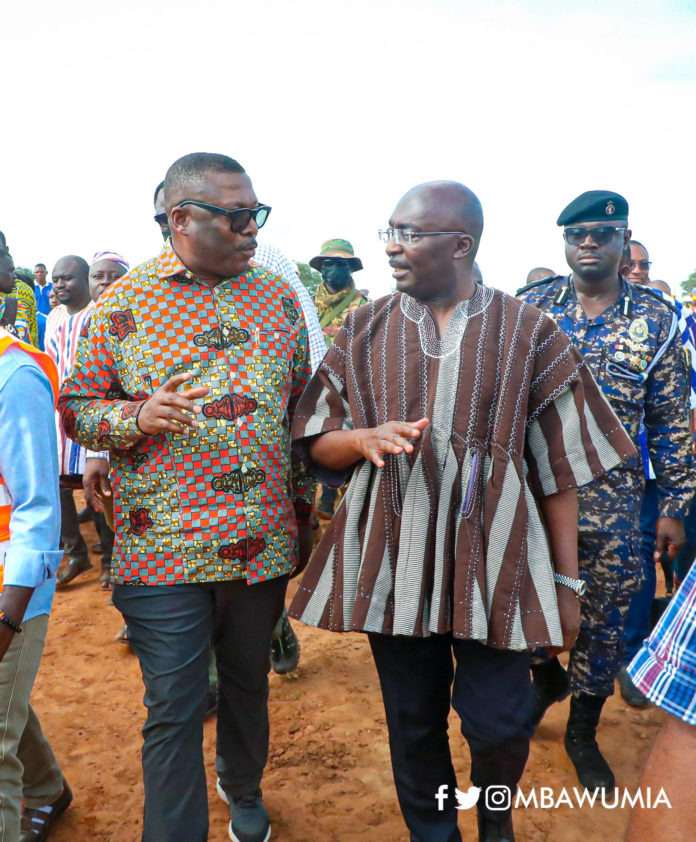 Former Member of Parliament for Suhum, Frederick Opare-Ansah, has shocked many, especially in the New Patriotic Party (NPP) about his choice in the upcoming flagbearership elections.

According to him, Vice President Dr Mahamudu Bawumia is the obvious choice to lead the NPP ahead of the 2024 general election.

Mr Opare-Ansah disclosed this in an interview on Asempa FM’s Ekosii Sen programme when show host, Omanhene Kwabena Ansah asked him about his decision to join the Vice President on his tour.

The former Suhum MP indicated that despite being known as a staunch supporter of Alan Kyerematen’s campaign in previous NPP primaries, he is now firmly aligned with Bawumia’s camp because the grassroots want Dr Bawumia to lead and he has learnt from his past experiences.

Asked if he supports the Vice President’s bid, he responded that while he was aware that Dr Bawumia has not yet declared, he is prepared to do so on his behalf if he becomes reluctant to do so when the party allows it.

Mr Opare-Ansah cautioned members of the NPP who claimed the Vice President is using the tour to campaign to stop vilifying him.

“It is time to stop some NPP members’ attempts to defame the Vice President in the name of racial strife. He is a man who has served as the party’s running mate in a number of elections, and his efforts have helped us win two significant elections. Those who are doing this should stop because he is a diligent man and has not sought to disparage any of his potential contenders,” he stressed.