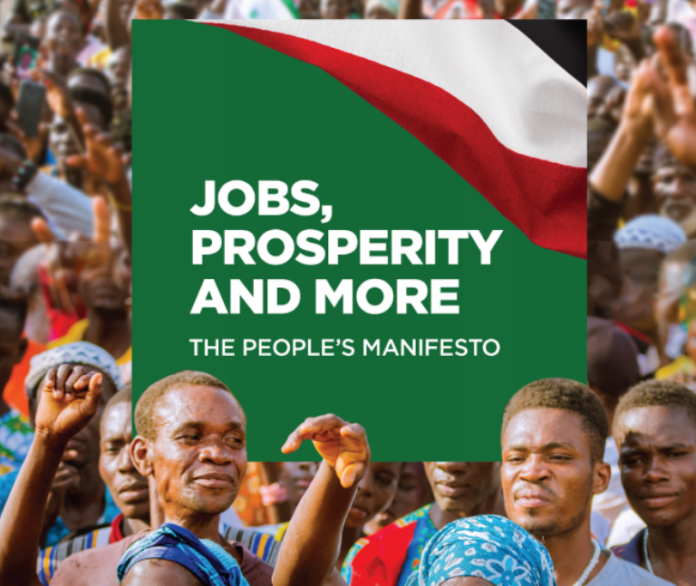 Over one hundred supporters of the ruling New Patriotic Party (NPP) in the Krachi East constituency of the Oti Region have crossed carpet to join the opposition National Democratic Congress (NDC).

The defected members, an all-female group, announced their decision on Friday, October 30, 2020, at Katanga, during a community engagement of the chiefs and people of the area with NDC’s running mate, Prof. Naana Jane Opoku-Agyemang.

The group included residents from Motorway, Napoa, Nanso, Aberewanko and Katanga, all in the Krachi East constituency.

According to them, the decision to leave the party [NPP] was borne out of negligence from the Akufo-Addo-led government towards the development of the area.

Speaking at the gathering, spokesperson for the defected members, Esther Okudjeto noted that they feel deceived and dumped by the party in spite of the promises made to them prior to the 2016 general election.

She said: “We feel used and dumped by a party we all supported in 2016. Prior to the election, they promised to construct our roads, especially the road to Motorway and some others but none of such promises has been fulfilled. It is obvious the Nana Addo-led NPP government never told us the truth. We are by this serving notice that we are no longer members of the NPP.”

She disclosed that the choice of Prof. Opoku-Agyemang by the NDC, as John Mahama’s running mate has further fueled their decision to leave the NPP for the NDC, while adding that “the NDC has shown they have respect for women.”

“Today, market is no longer good, people are not buying because the economy is hard and that makes things worse for us,” she added.

She further urged Ghanaian women to rally their support for the candidature of Mr Mahama and Prof. Opoku-Agyemang in order to ensure a prosperous Ghana.

Receiving the group, the NDC parliamentary candidate and a former MP for the area, Wisdom Gidisu assured the group of his readiness to work with them towards the party’s victory on December 7th.

He further indicated his resolve to ensure that matters affecting the constituency in terms of educational infrastructure, lack of potable water, road issues and that of chieftaincy are addressed if given the nod to represent the constituency again.

In 2016, the NPP won the Krachi East parliamentary seat in the then Volta region for the first time, when the party’s candidate, Michael Gyato, beat a three-time NDC MP, Wisdom Gidisu with just 47 votes.