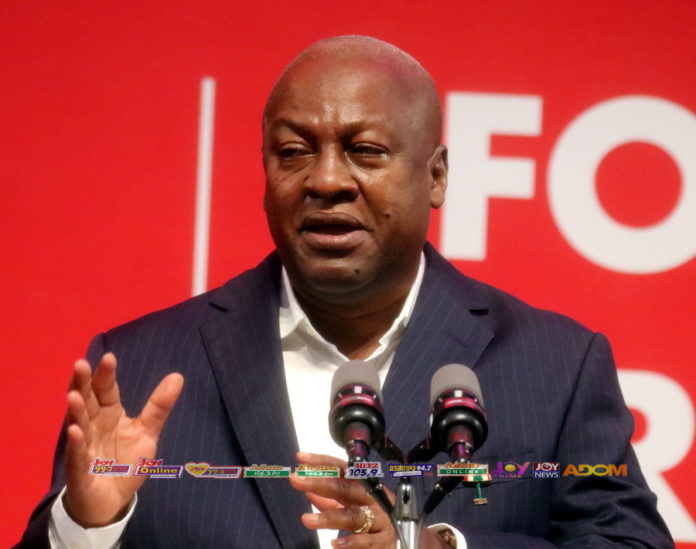 Former President John Dramani Mahama has backed the decision to provide protection for lawmakers in the wake of the killing of Mfatseman MP Ekow Quansah Hayford.

Mr. Mahama who visited the family of the late MP promised to make the country safer for every Ghanaian if elected on December 7.

Speaking to the media after the visit, Mr Mahama said the security situation in the country must greatly improve.

He stated “all of us are working in the interest of our country, so it doesn’t matter whether he was an NDC MP or an NPP MP. The point is we all mourn his passing and we want to express our condolences to the bereaved family.”

“I believe that it’s a call to us the leaders to make sure that our people are safer because this is something that Ghanaians face every day. There are armed robberies all over the country but for somebody like him to die in an incident like this means that we need to wake up so that we deal with the issues of armed robbery. So that all our people are safe.”

He added “like I said in my message when I tweeted, I think that in the meantime we need to give some protection to our leaders like the MPs. Provide them with some armed guards so that they are able to protect them while we work towards making the country safer for all of us.”

The Mfantseman lawmaker who was murdered by suspected armed robbers last week will be buried on November 28, the family has announced.