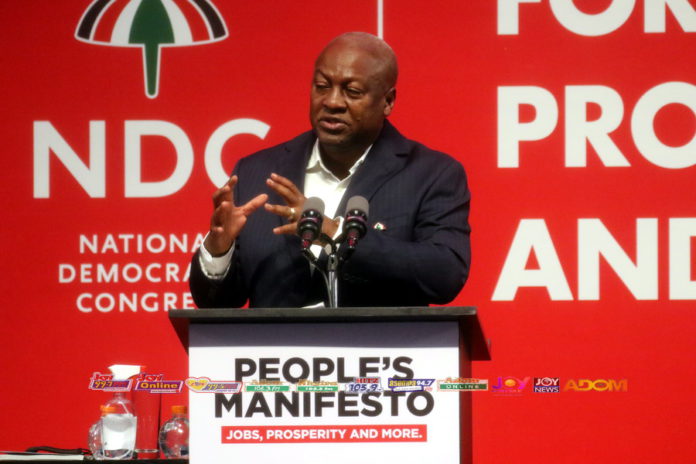 The Vice President, Dr. Mahamudu Bawumia is cautioning Ghanaians against falling for the promises being made by former President John Mahama.

According to him, due to his quest for power, he [Mahama[ is making utopian promises just for votes.

“Mahama is the Archbishop of promises; in 2016, he promised not to promise again and now what are we seeing?” Dr. Bawumia said in an interview on Asempa FM’s Ekosii Sen programme Wednesday.

Mr. Mahama has promised to among other things review the free Senior High School (SHS) policy introduced by the Akufo-Addo government, create jobs for the youth and revive Ghana’s ailing economy if voted to power in the December polls.

He has also criticised the Akufo-Addo government of borrowing about ¢140 billion yet they have not embarked on any major development project to justify the loans.

He cited among other promises like Free SHS, Planting for Food and Jobs, NABCo, One-Village One-Dam, One-Constituency One-Ambulance to buttress his point.

“80% of our promises have been fulfilled: [the projects are] either 100% delivered or we are delivering. All these projects are on the delivery tracker,” the Vice President said.

The NDC, Dr. Bawumia said did nothing but publish ‘voodoo projects’ in their green book to deceive Ghanaians.