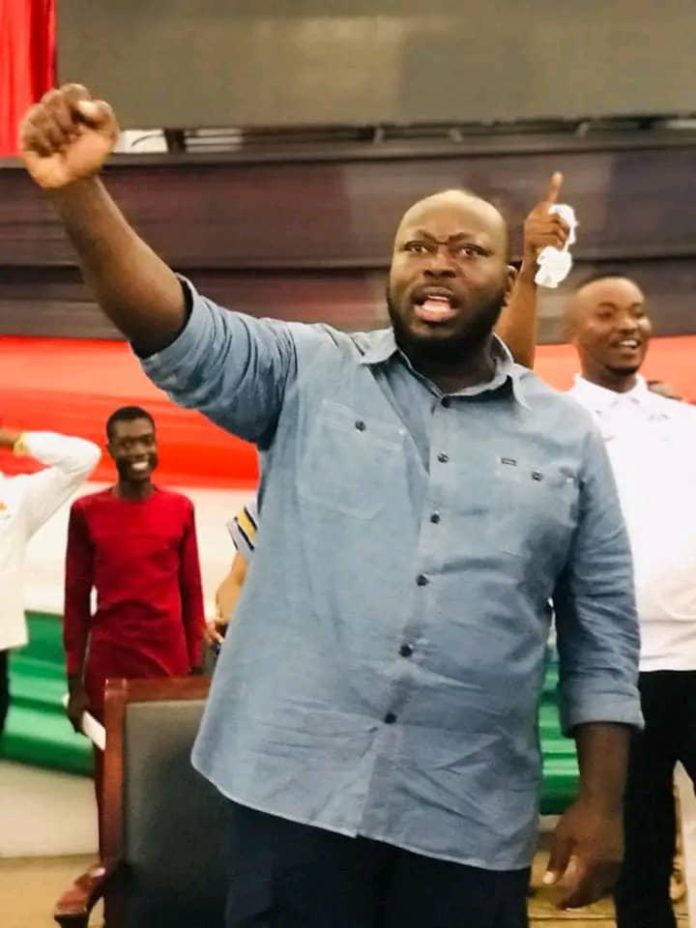 The wing has attributed its refusal to participate in the celebrations on what it says is the hardships being experienced by Ghanaian youth under the current dispensation.

National Youth Organiser of the NDC, George Opare Addo conveyed the party’s decision to boycott the celebration in a press release issued on Thursday, August 11, 2022.

“There is absolutely nothing for the youth to celebrate in these times of excruciating hardship that the Akufo-Addo/Bawumia government has brought upon the Ghanaian youth through their bad governance, economic mismanagement, and pervasive corruption,” the release read in part.

The NDC youth wing says it’s surprising that the NYA is readying itself to mark this year’s international youth day with another jamboree instead of charging government to immediately address the needs of the youth.

Below is the full press release as issued and signed by George Opare Addo:

The Youth Wing is of the view that there is absolutely nothing for the youth to celebrate in these times of excruciating hardship that the Akufo-Addo/Bawumia government has brought upon the Ghanaian youth through their bad governance, economic mismanagement, and pervasive corruption.

The hardship is so dire that the youth struggle to afford one decent meal a day.  To add insult to injury, prices of goods and services keep on increasing on the market every second.

Contrary to the Akufo-Addo/Bawumia government’s fanciful promises to create descent jobs for the youth, they have rather increased the unemployment situation through the collapse of businesses such as banks and other financial institutions resulting in the laying-off of many of our youth. Many graduates, newly trained nurses, teachers, and other professionals remain home unemployed and wonder where their next meal will come from. Those in the informal sector already struggling to put body and soul together have been saddled with unbearable taxes to further worsen their precarious living standards.

We are not oblivious of the fact that young people of our Country today must show proof of their NPP membership or affiliation before they can get any opportunity under this government. For those who do not have any connections in the NPP, they are callously confronted with monetary demands not less than GHS 30,000 cedis to be recruited into various security agencies or other job opportunities.

The NPP government has thrown meritocracy to the dogs! No wonder there are concerns about standards of professionalism in some of our security agencies today.

The economic mismanagement by the government has resulted in extremely bad times for young entrepreneurs who struggle to make ends meet due to increase in taxes, and nuisance taxes such as the e-levy which has led to the deliberate collapse of the mobile money businesses affecting the livelihoods of over 300,000 youth. Most young people who were into online business have had to fold up due to the introduction of the roundly condemned e-levy.

As the NDC rightly predicted, the NaBCO model for job creation is unsustainable. After putting NaBCO beneficiaries through months of hardship by government’s refusal to pay them their meagre allowances, government has finally collapsed the programme and the beneficiaries are now hopeless! Ominously, the Akufo Addo/Bawumia government has wickedly failed to pay beneficiaries their monthly stipends for the past nine months.

Another disturbing anti-youth project this government is vigorously pursuing, is its inability to pay allowances of national service personnel for many months now. The case of teacher and nursing trainee allowances is not different. After bragging of supposedly restoring trainee allowance to enhance its electoral fortunes, government has so far not been able to honor its promise.

While government cannot find money to pay these allowances to give respite to young people, President Akufo-Addo finds money to rent luxurious jets at cut-throat prices at the detriment of suffering taxpayers so he can enjoy bathing in the sky.

Again, even though the Free SHS programme has been lauded by many Ghanaians as a good programme, its poor implementation has brought untold hardships to parents and students. Today, boarding students are dying of hunger in schools. They largely rely on the benevolence of their old school associations, churches, and philanthropists to survive. Many heads of schools are threatening to shut down schools for lack of food.

The state of the Ghanaian youth today under the Akufo-Addo/Bawumia government is that of hopelessness and complete disillusionment. Government is clueless about youth development and how to address the challenges facing the youth.

It is therefore surprising that the NYA is readying itself to mark this year’s international youth day with another jamboree instead of charging government to immediately address the needs of the youth. We are aware that the NYA intends to mark the day by conferring an award on President Akufo-Addo. That is nothing but an insult to the Ghanaian youth. It is such a wonder that at a time that the Ghanaian youth are struggling, the NYA finds it necessary to award the President for inflicting hardship on them.

The NDC under President John Mahama handed over a National Youth Policy and Implementation Plan to the Akufo-Addo government 6 years ago. This government failed to implement the policy. It has spent all these years reviewing the policy.

Again, the NDC government enacted the National Youth Authority Act in 2016 but the Akufo-Addo govern has failed to implement the law for the benefit of the Ghanaian youth.

The Youth Wing of the NDC believe that the only thing that is worth celebrating is the tenacity, resilience, and the tolerance of youth in the face of extreme unjustifiable provocation.

There is absolutely no future for the youth as the Akufo-Addo government through its economic policy of borrow-to-chop has mortgaged the future of the youth by borrowing to unprecedented levels that many generations yet unborn will have to pay. Such a bad father who leaves no inheritance for his children!

We wish however to urge the youth not to despair and lose faith in Ghana’s democracy. We encourage all eligible youth to endeavor to register with the Electoral Commission when the opportunity presents itself and exercise their franchise in anger, hunger, and protest this failed NPP government.