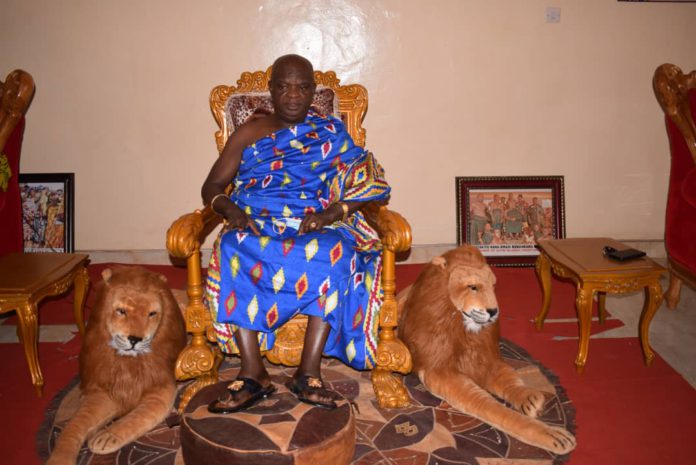 The Omanhene is pleading for another four more years for the New Patriotic Party’s government.

Okatakyire Kwasi Bumangama II, made this announcement when he visited road projects under construction in his traditional area.

According to him, the infrastructural development projects in the Western North Region under the New Patriotic Party (NPP) regime are overwhelming as compared to previous governments.

He, thus, instructed all his divisional chiefs, the sub-chiefs in his traditional area to put all their political parties aside this year and vote for NPP for more developments.

“I am aware most of my chiefs are NPP, NDC and other political parties, but for this year I entreat everyone of them to put their party affiliations aside and vote for Nana Addo Dankwa Akufo-Addo to continue his mandate for more improvement at Sefwi.”

He warned them of the mess they will go through if they fail to vote for NPP this year.