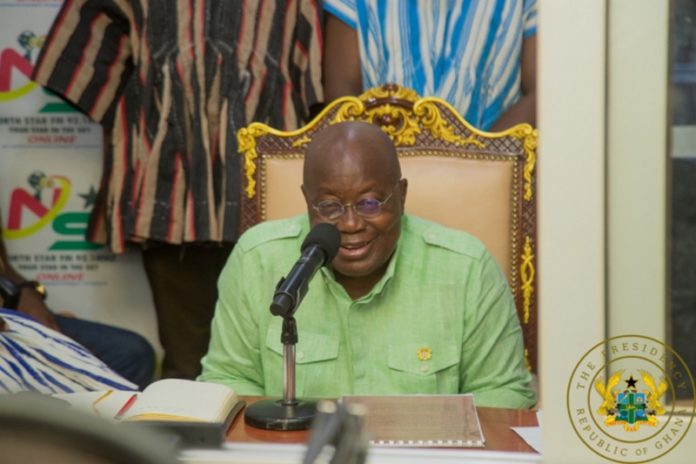 President Nana Akufo-Addo has said his government will negotiate a good deal with the International Monetary Fund (IMF) to put the economy on a sound footing before the 2024 general election.

He said when that is done, it would put the New Patriotic Party (NPP) in a better place to ‘break the 8’.

The President said this at the Gbewa Palace as part of his two days tour of the Northern Region. He noted that just like they brought the country out of the IMF programme they inherited in 2017, so would they secure a good deal.

“We were able to bring the country out of the IMF programme we inherited 2017 to build a strong economy before the Covid and Russia/Ukraine war, again we are going to go through the IMF negotiations and will bring back the economy before 2024 election in order to place the NPP on a strong footing to break the eight,” he said.

The President is in the Northern Region to inspect ongoing projects and cut sod for the construction of new projects.

The President said 10 kilometres of the Yendi township roads have been asphalted already, adding that the sod cutting was to dualise the roads.

He assured that the Yaa Naa, and the Gulkpegu Nayile Fong roads would be part of the roads that would be constructed.

President Akufo-Addo explained that contractors will be on-site by October to start work on the Yendi Water project.

The President said attention would be given to the construction of lecture halls for the University for Development Studies Satellite campus in Yendi, and a new vehicle would be released to the Police.

He added that the military sports stadium under construction in Tamale will be completed by next year.

The Yaa Naa Abukari II in a speech read on his behalf said there were some projects that needed urgent attention.

He appealed for lecture halls for the UDS campus at Yendi, transportation for the Police, the Yendi water project, and the completion of the military sports complex among others he deemed needed urgent attention.

The Yaa Naa commended the President for the smooth Hajj that just ended and the many projects his government has brought to the area.

The President also inspected the Yendi Sports Complex and cut sod for the commencement of work on the dualisation of the Yendi township road.

The 2.5-kilometre road is part of the Eastern Corridor road.