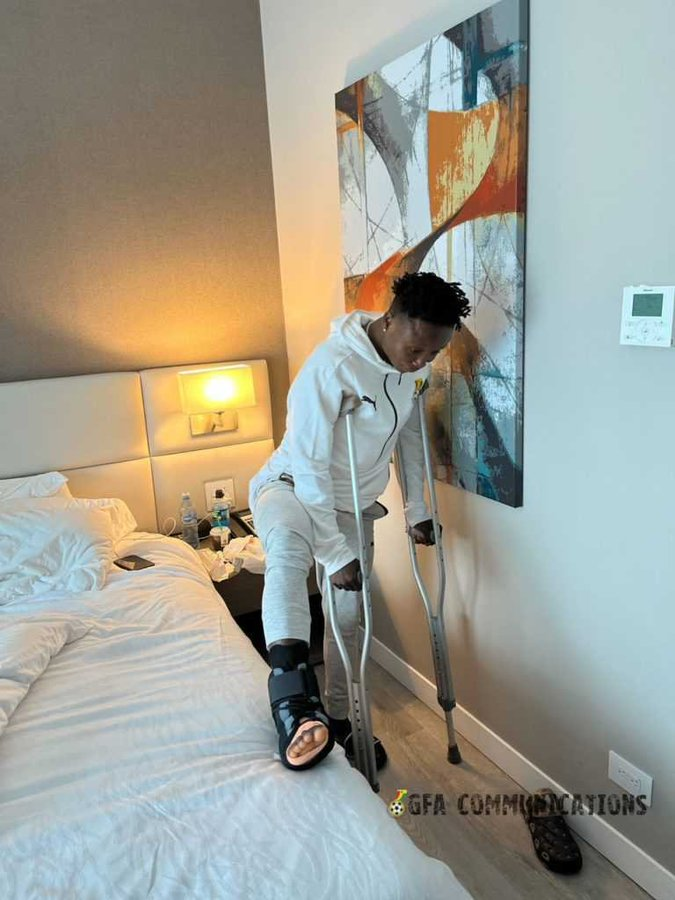 Ghana have suffered a major setback ahead of the FIFA u-20 Women’s World Cup opener with with captain, Evelyn Badu suffering an ankle injury, the GFA have confirmed.

The Avaldness midfielder “is awaiting scans results to confirm the extent of the injury.”

“The medical team and management are providing the captain with all the required support at this moment to get her back on her feet, ” GFA added.

Badu, who won the CAF Young Player of the Year award, will probably be sidelined for the opener on August, 11 as her teammates lock horns with the four time U-20 World Cup champions.

Ben Fokuo’s side have never made it out of the group stage in this tournament, having failed in their five previous attempts.

Following USA, the Black Princess will face Japan and the Netherlands in other group games.