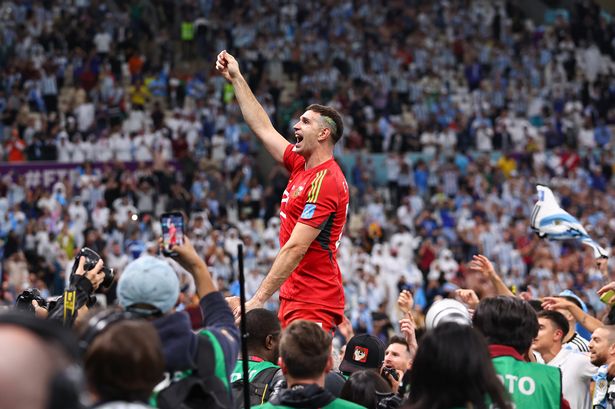 Argentina’s dream of clinching a first World Cup since 1986 remains alive after overcoming the Netherlands in a penalty shootout to seal their place in the semi-finals on a dramatic night at the Lusail Stadium, Qatar.

Lautaro Martinez stepped up to score the decisive penalty after Emiliano Martinez saved spot-kicks from Virgil van Dijk and Steven Berghuis. The two sides could not be separated after extra time at 2-2.

Goals in either half from Nahuel Molina and Lionel Messi had looked like safely securing the Albicelestes’s place in the last four.

Argentina’s reward is a place in the last four with Croatia, who earlier stunned Brazil.

But the Netherlands fought back in extraordinary fashion, Burnley flop Wout Weghorst coming off the bench to score twice – the equaliser coming deep into stoppage time – and send the game into extra time.

It had initially been a cagey affair – with the Netherlands dominating possession but offering little in attack – until 10 minutes before half-time, a moment of magic from Messi unlocked the Dutch defence. Picking the ball up from deep, he released Molina with an eye-of-the-needle pass and the 24-year-old poked it home.

Messi went agonisingly close to doubling Argentina’s lead after the restart, his terrific free-kick effort rippling the top of the net, but he finally grabbed the goal his performance warranted from the spot Marcos Acuna was fouled by Denzil Dumfries in the box.

That looked set to be that – but Weghorst had other ideas. After being introduced with just 12 minutes of normal time to play, he glanced a header into the far corner to halve the deficit and give the Dutch faint hope.

The indication of 10 additional minutes increased morale further, and they left their equaliser until 11 minutes had passed, with Weghorst slotting home from Teun Koopmeiners’ ingenious free-kick delivery.

Argentina were, understandably, shell-shocked, but they finally sprung back into life in the second period of extra-time, with Lautaro Martinez’s goalbound shot blocked by Virgil van Dijk’s chest before Enzo Fernandez rifled a shot against the post.

Lionel Scaloni’s side had been the better side throughout and, in the end, they ultimately got over the line by virtue of a penalty shootout, with Enzo Fernandez the only taker to miss from five spot-kicks, as Dutch manager Louis van Gaal’s international career ends in defeat.