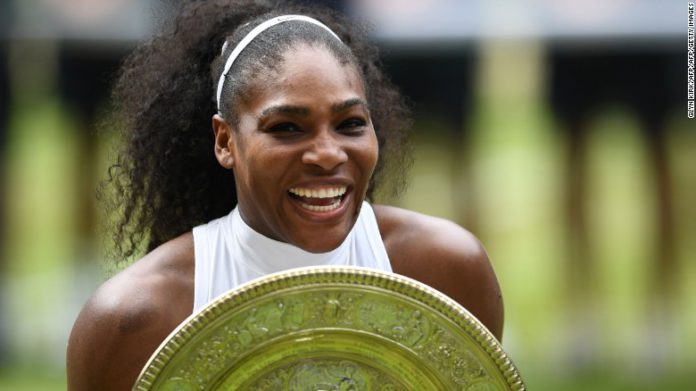 Serena Williams has announced her tennis career is winding down, citing her desire to grow her family.

Williams shared her thoughts about her future in a first-person essay on Vogue.com on Tuesday, suggesting the US Open could be her final tournament.

She admitted she had mixed feelings about her next chapter and didn’t even like using the word “retirement,” instead opting for “evolution.”

“I’ve been reluctant to admit to myself or anyone else that I have to move on from playing tennis,” Williams wrote. “Alexis [Ohanian], my husband, and I have hardly talked about it; it’s like a taboo topic. I can’t even have this conversation with my mom and dad. It’s like it’s not real until you say it out loud.

“It comes up, I get an uncomfortable lump in my throat, and I start to cry. The only person I’ve really gone there with is my therapist! One thing I’m not going to do is sugarcoat this. I know that a lot of people are excited about and look forward to retiring, and I really wish I felt that way.”

In an Instagram post about her Vogue cover story, Williams said, “now the countdown has begun” and that she plans to “relish these next few weeks.”

Williams, 40, is currently playing at the Canadian Open, and won her first match in 14 months on Monday to advance to the second round. She is slated to play the Western & Southern Open next week, and implied she would then try to play at the US Open as her final tournament later this month in one final attempt to tie Margaret Court’s record of 24 major titles.

“Unfortunately I wasn’t ready to win Wimbledon this year,” Williams said in the essay. “And I don’t know if I will be ready to win New York. But I’m going to try. And the lead-up tournaments will be fun.

“I know there’s a fan fantasy that I might have tied Margaret that day in London, then maybe beat her record in New York, and then at the trophy ceremony say, ‘See ya!’ I get that. It’s a good fantasy. But I’m not looking for some ceremonial, final on-court moment. I’m terrible at goodbyes, the world’s worst.”

After tearing the hamstring in her right leg at Wimbledon in 2021, Williams was sidelined from competition for several months and said she wasn’t sure whether she would return. But it was a call from Tiger Woods that inspired her to get back on the court. She officially made her comeback in doubles at Eastbourne in June before returning in singles at Wimbledon the following week. Needing a wild card to play at the All England Club, she fell in her opening-round match against Harmony Tan.

Williams, who won her last Grand Slam title while pregnant at the Australian Open in 2017, said her daughter Olympia, who turns 5 next month, has been asking for a younger sibling for some time. Williams acknowledged the unfairness she felt in having to choose between her career and having a family in the Vogue piece.

“If I were a guy, I wouldn’t be writing this because I’d be out there playing and winning while my wife was doing the physical labor of expanding our family,” Williams said. “Maybe I’d be more of a Tom Brady if I had that opportunity. Don’t get me wrong: I love being a woman, and I loved every second of being pregnant with Olympia. … But I’m turning 41 this month, and something’s got to give.”

Williams began her professional career in 1995 as a 14-year-old and has since become one of the greatest to ever play the sport, with 73 career singles titles, four Olympic gold medals and 319 weeks at No. 1. Alongside her older sister Venus Williams, the pair have 14 major doubles titles. (Venus, 42, who lost her first-round match at the Canadian Open on Monday, has not said anything about her future.)

Still the second-highest-paid female athlete in the world in 2021, despite a limited schedule on tour, Williams is involved in many lucrative partnerships and sponsorships, as well as having several companies of her own. She said she was looking forward to turning more attention toward her venture capital firm after tennis.

But next up for Williams is her second-round match in Toronto on Wednesday, in which she’ll face the winner of Tuesday’s clash between Belinda Bencic and Tereza Martincova.