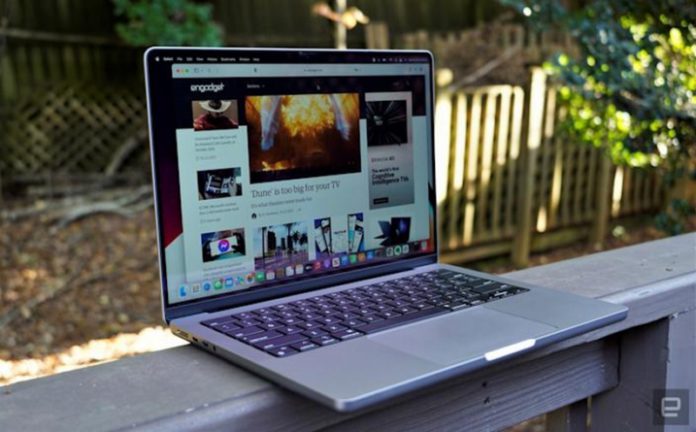 Apple might not wait long to unveil its first products of 2023.

While most aren’t clear on details, Gurman hints these may be the 14- and 16-inch MacBook Pro M2 models he discussed last fall.

At the time, Gurman said these systems would share the same design as the M1 variants released in late 2021.

They would center around new M2 Pro and M2 Max chips that would feature up to 12 CPU cores and 38 GPU cores in the Max.

There wouldn’t be a touchscreen or other major revisions, in other words. You’d mainly buy one to get the best performance possible from a Mac laptop.

However, they might be the first Macs to include WiFi 6E. Twitter user Wade Penner spotted an unreleased MacBook Pro in a Canadian wireless database with support for the newer WiFi standard’s 6GHz band.

So long as you have a supporting router, you should see higher maximum speeds, lower latency and less congestion on a busy local network. Apple’s iPad Pro M2 is already compatible with WiFi 6E.

There haven’t been mentions of other products debuting in the same time frame, so you might not want to count on a Mac mini M2 or other revisions.

If the rumors are accurate, though, this could be good news for anyone who’s been holding off on a MacBook Pro to ensure they get the absolute latest hardware.

The new MacBook Pros are imminent (Apple does have an announcement tomorrow – with press briefings later this week and embargoes lifting next Monday). The new Macs arriving early this year first reported here in October https://t.co/P34OdoMRgZ https://t.co/9JlQ0ueBO1